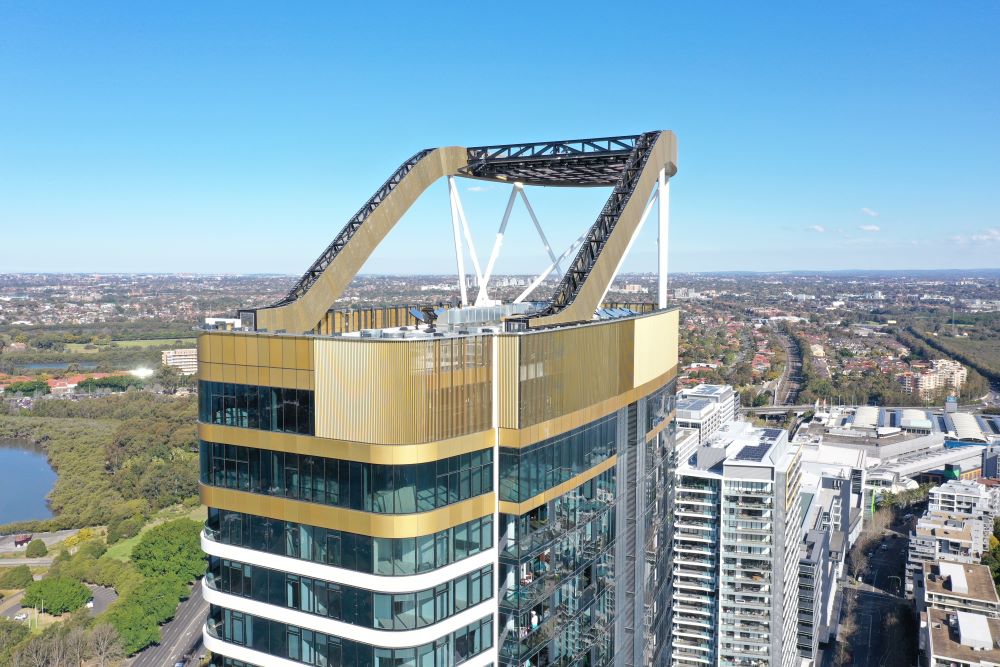 It is the glittering golden jewel that crowns Billbergia’s 39-storey tower at Rhodes Central in Sydney’s Inner West. But the striking-looking structure on top of the development is much more than an eye-catching architectural feature for the Rhodes skyline.

The 27-metre-high structure that crowns the building is a piece of world-leading technology that places Australia firmly at the forefront of solar-related innovation.

The heliostat — from ‘helios’ meaning ‘sun’ in Greek and ‘stat’ as in stationary — has been designed and built for Rhodes to capture the sun’s light energy using a series of custom-made smart mirrors. Those mirrors or reflectors can autonomously shift and tilt towards the sun and then reflect the sunlight onto the previously overshadowed Union Square Plaza below.

While heliostat technology has been in existence for some time, it is mostly used to collect energy for solar electric power plants in remote places. Billbergia’s Rhodes Central heliostat is one of only two known structures in the world to sit atop a mixed-use, residential/retail development. The other is also in Sydney, at the One Central Park development built almost a decade ago.

Alex Lehmann, Research Scientist at Heliosystems said heliostats are traditionally found in solar plants in the middle of the desert.

“It’s only very recently that they’ve been adapted for this kind of architectural use, and we are only just beginning to understand what you can do with active and passive lighting in our cities,” Mr Lehmann said.

“Buildings are getting taller and we have options as to where we can direct light to improve the amenity of public spaces on the ground. This latest generation technology heliostat showcases an exciting opportunity for developers to think about lighting in public spaces and to be more creative with how they use sunlight to change the urban environment.” 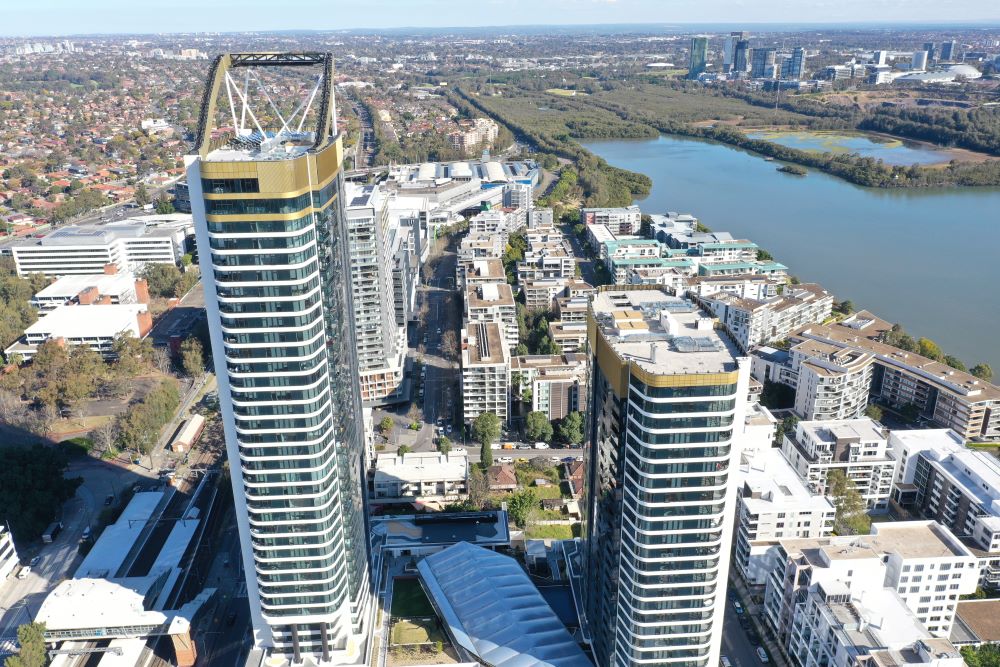 The Rhodes Central heliostat comprises several complex parts. One key element is the large golden crown-like structure clearly visible on top of the building. Built to exacting standards, it uses high-quality structural steel that has been finished and wrapped in gold-coloured, solid aluminium panels.

The part invisible to passers-by is a network of sun-tracking motorised mirrors that follow the sun’s movement during the day. Sunlight is bounced from the mirrors on the roof of the building up to the second set of reflector mirrors in the golden crown that then direct the sunlight back down towards Union Square Plaza.

Special plastic sheeting covers the reflective surface and filters out UV light so harmful UV rays are not directed into the Plaza below. The heliostat is a collaboration between HeliostatSA, SJB Architecture, Inhabit Technical Design and Samaras Engineering.

Mr Lehmann noted there were challenges in solving engineering details, such as how to make the optics work.

“We’ve also installed a weather station on the roof that monitors wind and weather conditions, and the heliostat responds accordingly. The autonomous reflectors put themselves in a brace position if it’s windy and if it rains, they position themselves to get a wash. If it’s hailing, they tilt themselves into a position to minimise any hail damage.”

“In designing this technology for Rhodes Central, there was also a level of integration to consider. We weren’t just kicking some stones away and putting a post in the desert sand. This heliostat had to be integrated with other facilities in the building and it has to work well with other functions on the roof. All in all, coming up with the right design has been quite an intense process and a lot has been learned along the way.”

A set of internal stairs has been built into the structure that leads up to an external access platform to enable maintenance to be conducted as needed.

Mr Lehmann said periodic cleaning will ensure the optics keep working well. The final touch to the Rhodes Central heliostat is a special ‘night glow’ feature that will showcase the structural design when the sun goes down.

“At night, the reflectors glow an interesting colour and people will see some interesting lighting displays happening,” he shared.

“The heliostat is a feature of the Rhodes skyline now and as it becomes part of people’s living space; I hope they enjoy what it offers to the Rhodes community.” 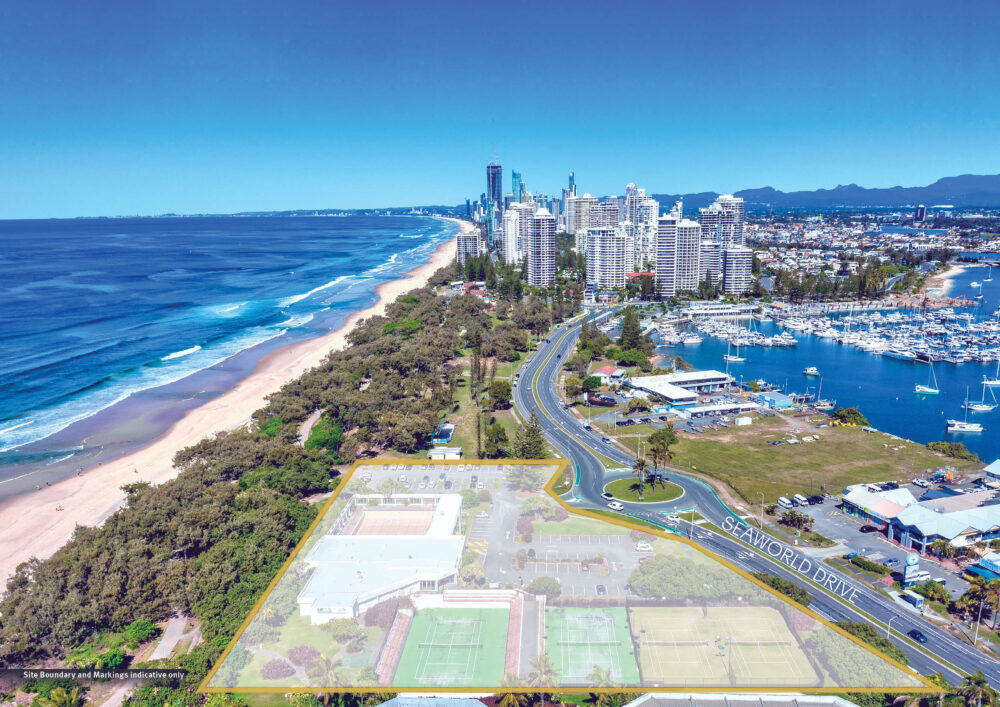 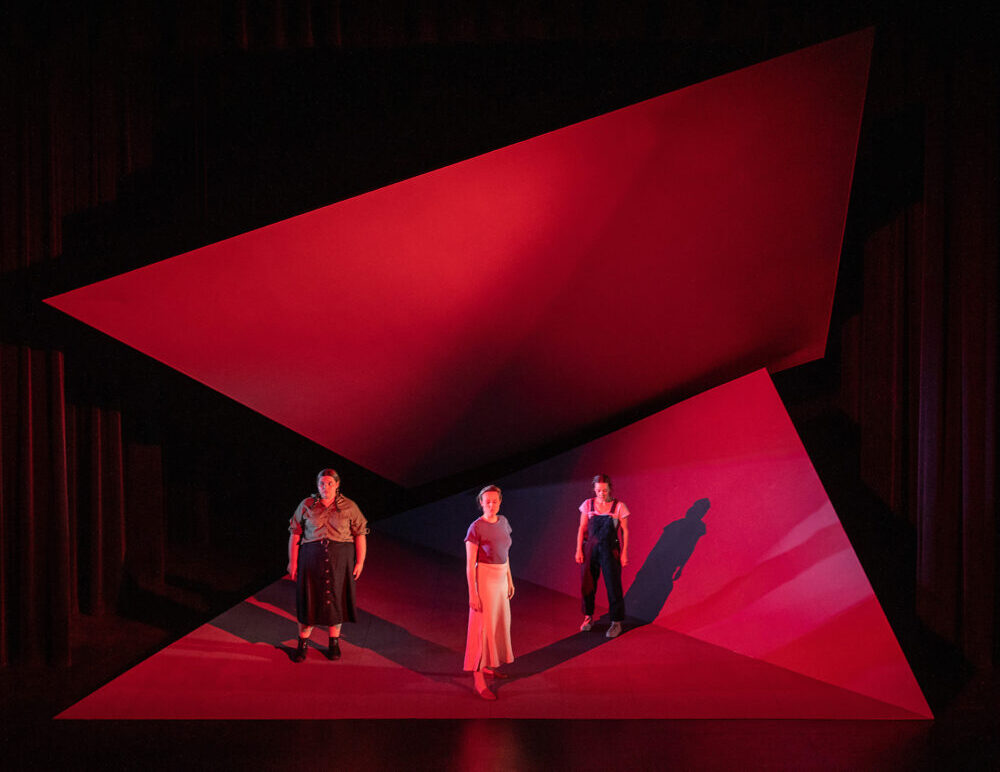 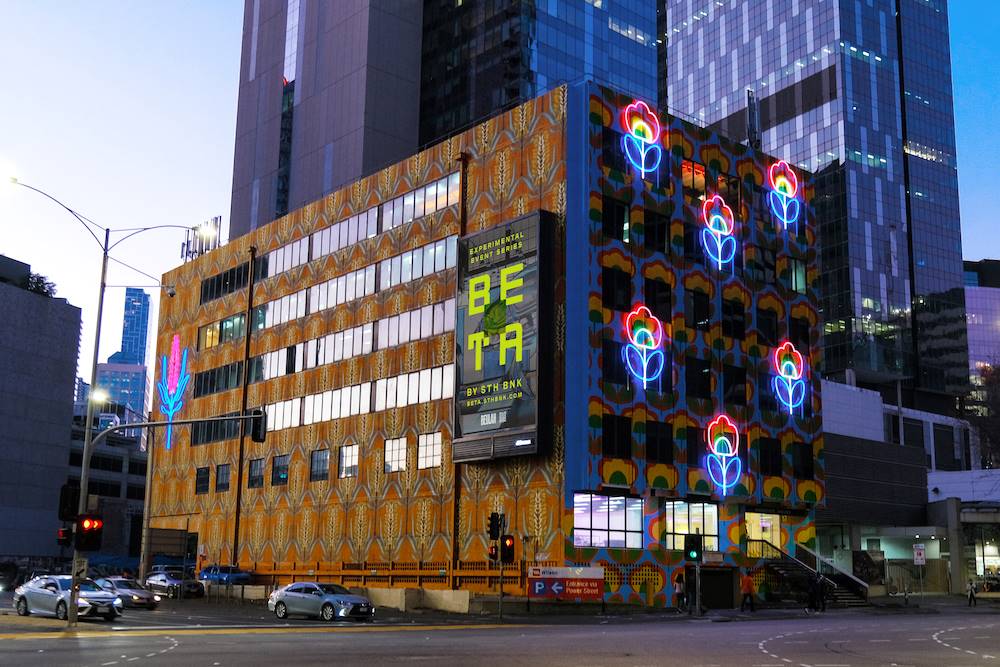 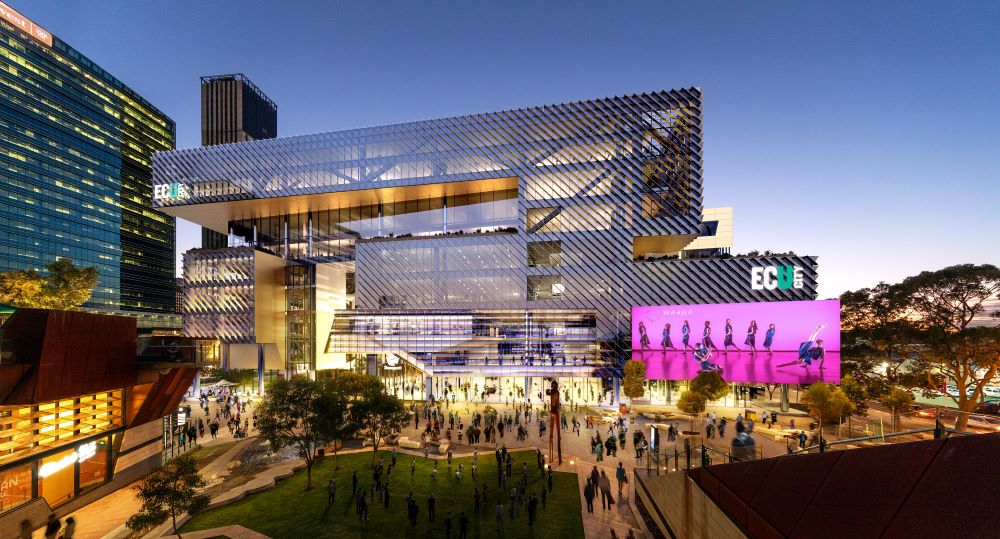