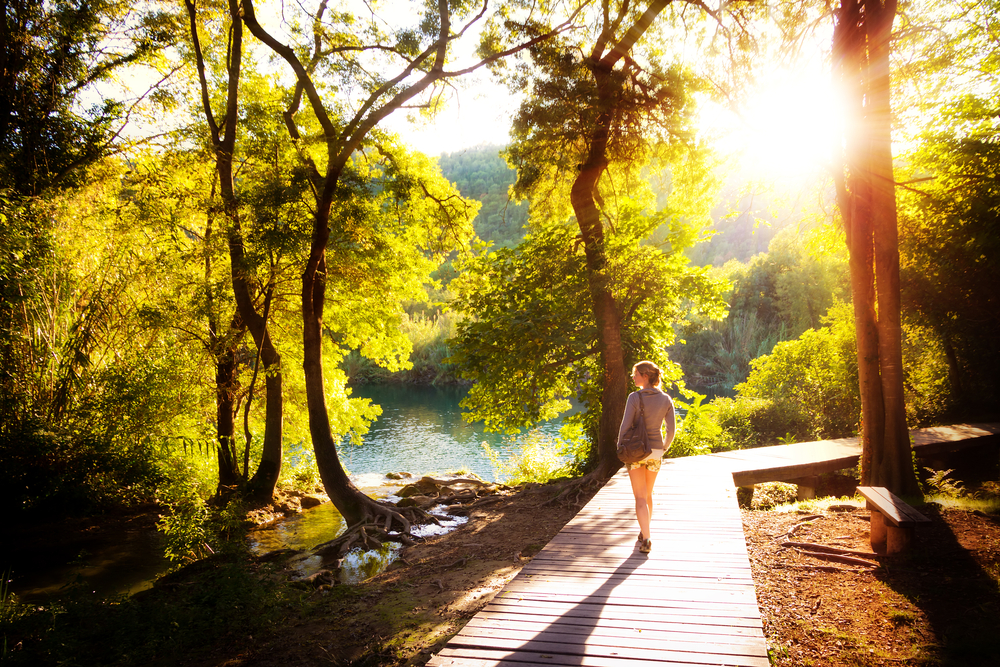 The COVID-19 crisis could spur governments, urban planners and developers to think more seriously about creating more healthy, resilient, self-sufficient, attainable and liveable communities in 2021 and beyond.

Globally, since the beginning of 2020, there has been a significant reduction in carbon emission levels in China and the United States due to limited numbers of people commuting to work in cars. Moreover, employees of an array of businesses are rapidly becoming proficient in video conferencing from home.

This has effectively reduced congestion and removed the need for the debilitating daily commute. Residents now have time in the morning and the evening to walk, run and cycle in and around their neighbourhoods.

Two instructive, institutional recreational amenities, Melbourne’s ‘Tan Track’, the 3.8 kilometre uninterrupted recreational trail around the Royal Botanical Gardens, and the walking and cycling Capital City Trail along the Yarra River, both of which prohibit access by cars and bikes has, since the pandemic, become a mecca for walking and jogging.

Mike Day is Co-founder and Director of urban planning and design practice RobertsDay and a Fellow of the Planning Institute of Australia. He says most of the master-planned communities in Australia that have recently been approved or under construction follow the conventional suburban model of the 1970-1990s in which residential areas are beyond walking distance of shops, jobs and open space areas.

Mike believes Australia needs to undergo a complete rethink of community design, one that is aligned with timeless urbanist principles to enable our planners and urban developers to shape and deliver transit based, mixed-use, walkable urban neighbourhoods.

“The issue that we see in many Australian cities, especially in the outer suburbs, is the frequent emergence of monocultural suburban housing developments that are not connected or walkable. Many of these areas have limited public transit connections to remote business centres, which compels residents to use a car to get around; and residents have sparse green spaces to share across expansive suburbs.”

Mike says Australia needs to focus on the importance of creating new neighbourhoods in urban growth areas where essential services – schools, shops, and workplaces – are provided early in the life of these ventures, easily reached from home on foot or by bike, and where the aim is not only to provide housing affordability but also attainable and over liveability.

“Nearly all Australian suburban neighbourhoods prioritise vehicles over pedestrians. As the cost of owning and running cars in the growth areas of our capital cities is beginning to exceed the cost of housing, ‘liveability’ – rather than ‘affordability’ – has become the new catch cry. In self-sufficient cherished inner city neighbourhoods of our capital cities, where there are often mixed-use developments, such as townhouses and residential apartments, serviced by trams or trains and built above shops, residents can leave their homes to get their groceries on a daily basis – without relying on the car. Coupled with this increased level of walkability, is the need to provide a diverse range of civic spaces and parks, which give these communities a unique sense of, intimacy, identity and soul.”

He adds: “In light of the deep societal challenges posed by the coronavirus, I predict more mixed-use developments will emerge to create self-contained communities built around pedestrians, cyclists, and ‘light’ modes of public transport, such as e-bikes, trackless trams, and small scale electric buses. Australians in their teens and 20s, in particular, will drive the demand for more compact, connected, mixed-use, liveable neighbourhoods that have these characteristics.”