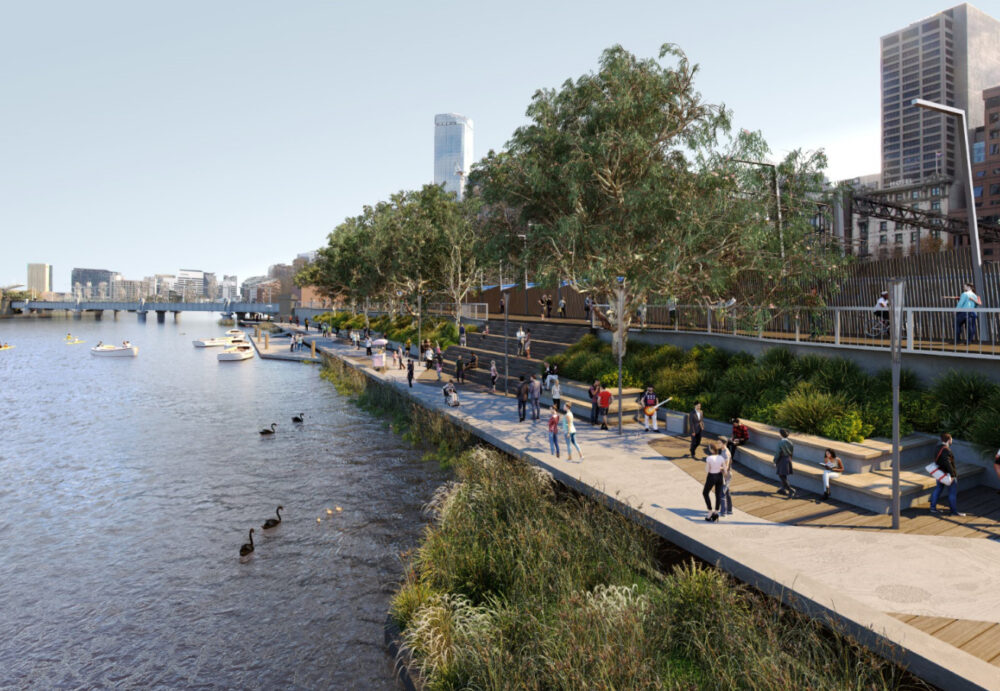 Artist’s impression of Greenline, courtesy of the City of Melbourne.

The City of Melbourne is taking the first step to deliver the Greenline project to transform Northbank along the Yarra River – Birrarung, with the release of its implementation plan.

The implementation plan is to be considered by City of Melbourne Councillors tomorrow, with the report outlining the vision for the Northbank.

The proposed investment is expected to cost up to $300 million – with funding contributions to be sought from other levels of government and the private sector.

Forecasting shows Greenline is anticipated to deliver more than $1 billion in economic activity and create up to 1,000 jobs over the life of the project.

Lord Mayor Sally Capp said Greenline willdeliver one of the biggest transformations of the city since the completion of Southbank Promenade in 1990 and the opening of Fed Square in 2002.

“We want Northbank to become one of the city’s premier destinations for workers, residents and tourists. This investment would transform some of the most unloved areas in the city into a series of connected parklands with opportunities for food, art, culture and entertainment,” the Lord Mayor said.

“New infrastructure including pedestrian bridges and boardwalks will be delivered to improve connectivity and provide a continuous green link throughout Northbank, which will allow residents, workers and visitors to view new perspectives of the city.”

“Our investment in the waterfront would create jobs for Melburnians and encourage investors to open their cheque book and deliver new projects. The Greenline will become one of Melbourne’s premier destinations similar to the high line in New York.”

“To do this, we’ll need the continued support of all levels of government and the private sector,” she said.

The implementation plan sets the direction for the revitalisation of the Northbank of the river covering four kilometres between Birrarung Marr and the Bolte Bridge.

The Lord Mayor said the river is a place of great spiritual importance and historical significance for Aboriginal people.

“Greenline could be a game-changer for Melbourne by encouraging people down to the waterfront. We want to construct a world-class river precinct that connects people, communities and businesses,” Cr Campbell said.

“We want to help our local tourism sector not only to rebuild after the pandemic but rebuild better than before. Projects like Greenline would create a focal point for tourists wanting to experience Melbourne’s history and culture.”

“Unlocking under-utilised land in the heart of the city is a vital way in which we can stimulate our economy and create local jobs,” she added.

The City of Melbourne does not own or independently manage the waterways or banks of the Yarra River – Birrarung so the transformation of this area will be a collective responsibility of all Victorian Government partners and adjoining landowners.

The Yarra River – Birrarung Strategy provides the City of Melbourne’s strategic direction for the river and is the key guiding document for the Greenline. 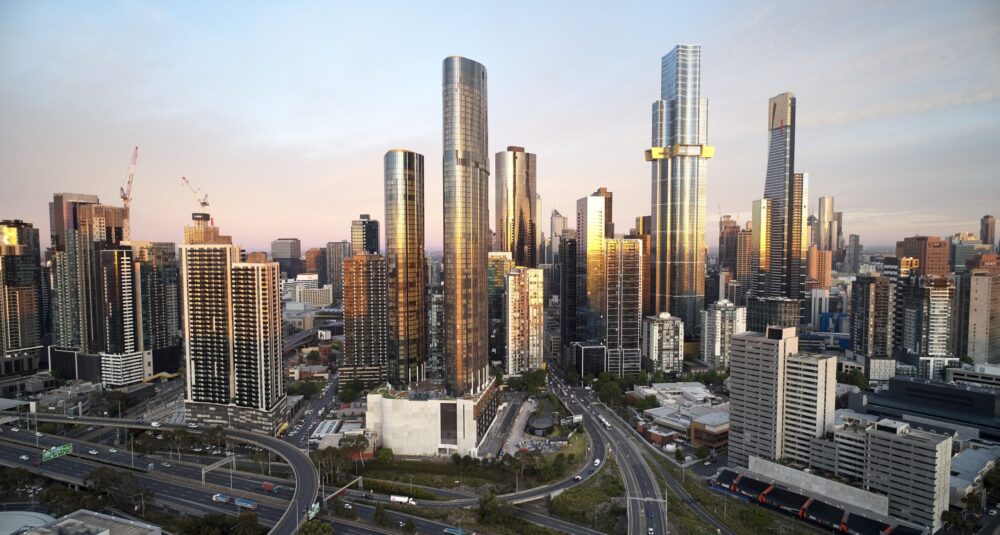 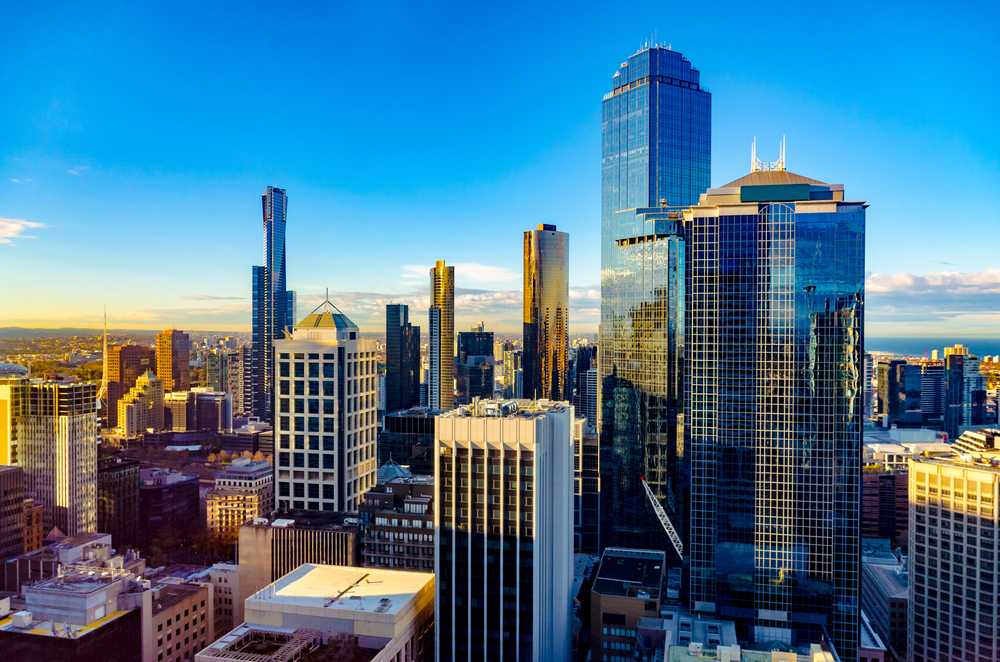 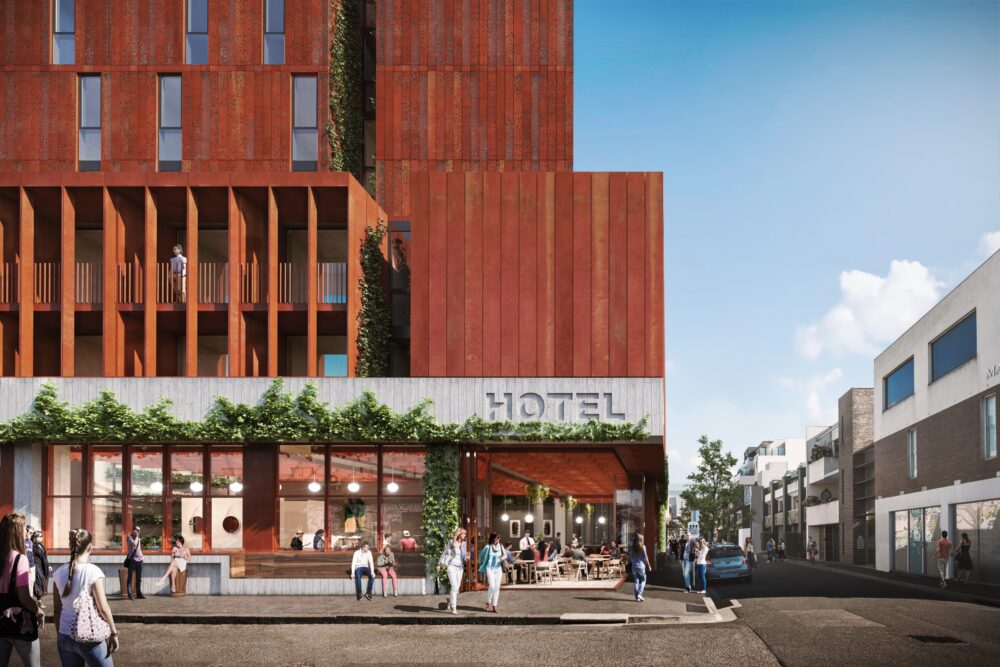