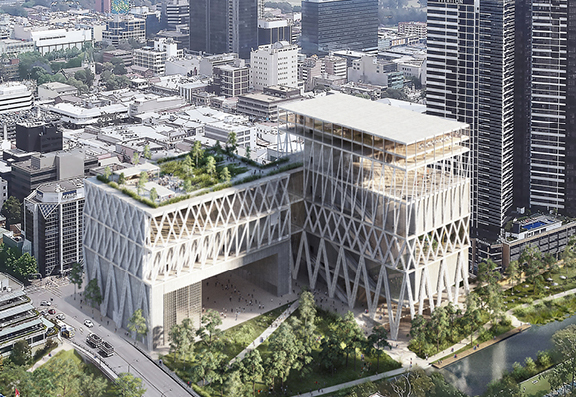 The CFMEU NSW has placed a Green Ban on the demolition of the Willow Grove and St Georges Terraces buildings in Parramatta, earmarked for destruction by the NSW Government as part of their plans for the new Powerhouse Parramatta.

He said if the NSW Government wants work on the museum to proceed they need to sit down with the local community, listen to what they say and come up with a plan that preserves these buildings.

“The local community, through the North Parramatta Residents Action Group, has campaigned for years to save these two heritage buildings and they are supported by the National Trust of Australia (NSW) and the Historic Houses Association.”

This is the first Green Ban the CFMEU has put in place since the recent passing of Jack Mundey.

“As shown by the recent success of the Green Ban on the Bondi Beach Pavilion, the CFMEU won’t stand by while local communities are ignored and important heritage sites are destroyed.”

Built in the 1870s as a residential home, Willow Grove is a rare remaining example of Victorian Italiante Villa in Parramatta. Many generations of people in the Parramatta community were born there during the three decades it served as a maternity hospital between 1919 and 1953.

Mr Greenfield said the NSW Government has refused to look at alternative designs that incorporate these two heritage buildings in the design.

“We will not stand by and watch as more local heritage is destroyed.”

“If the destruction of Willow Grove or St Georges Terraces commences people will be prepared to put their bodies in front of machinery.”