Could a major Bankstown project be the solution to population growth? 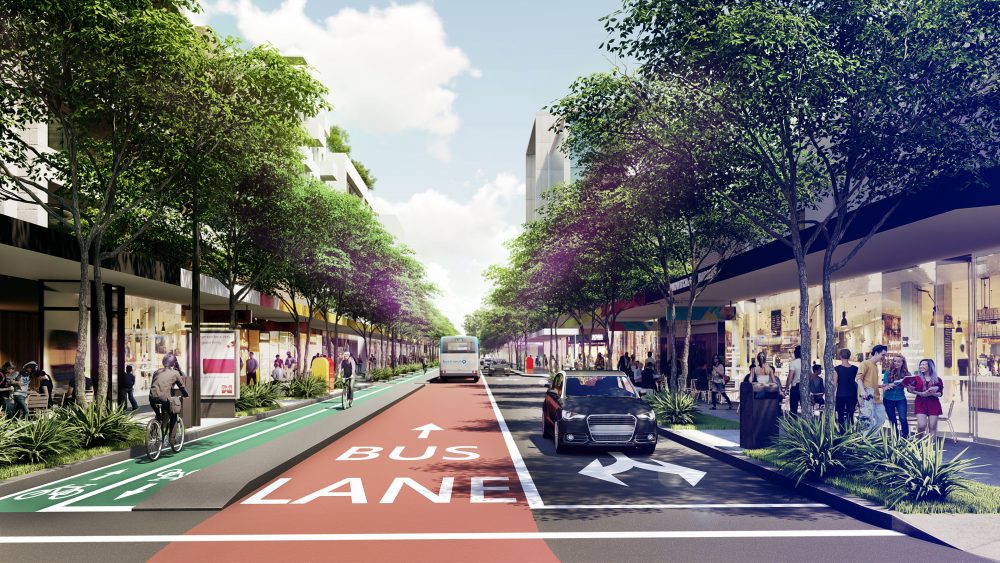 The ABS forecasts that by 2027, Australia’s population could hit 29.3 million [1], 69 per cent of which is projected to live in capital cities. Along with this growth in urban centres comes increased traffic and congestion, and the need for effective transport.

Sydney’s Bankstown city centre may have the answer: it is set to implement an integrated transport and place framework by Australian urban planning and design practice, RobertsDay.

The project – called Bankstown Centre Complete Streets – has already received significant community support, and is expected to result in 30 per cent more pedestrian space, 84 per cent more street trees, and an additional 4.2 kilometres of cycle paths.

Traffic modelling predicts that the changes would move 16 per cent of traffic from the CBD, without any negative impact on travel times or level of service.

The project has been shortlisted for the 2019 Australian Urban Design Awards and provides a reliable benchmark for other growing cities grappling with creating places that give priority to people walking, cycling, using public transport and driving – in that order.

“Bankstown is undergoing a period of significant transformation, with a significant increase of residents, workers, and students within 20 years, a high-frequency Metro service, and a new university campus within five years – along with the ongoing renewal of the city centre,” detailed RobertsDay Sydney Director, Stephen Moore.

“The city centre already faced challenges with safety, car dependency, congestion, wayfinding and amenity. In addition, there is an opportunity to improve its overall image, sense of place and equity for all its citizens. Council needed a transport plan as well as a place plan to stitch together the major projects and make sure the city centre is safe, accessible and appealing,” he continued.

“Our plan, dubbed ‘complete streets’, addresses the need to solve vehicular traffic as well as cater for other civic movements such as place functions to attract people and a support for thriving businesses.”

Principles and recommendations of the plan are now embedded into Council’s CSP, LSPS, DCP and LEP review and Smart Cities Roadmap to ensure a coordinated approach.

RobertsDay undertook Councillor workshops to educate the benefits of Complete Streets and used global trends in great cities to ensure there is a strong understanding of the decision-making process.

Mr Moore further commented that through the Bankstown Complete Streets plan, they have used place-led design to address conventional transport issues, as well as created a platform for sustainable city transformation.

“By making the area more loveable, communities have a much greater sense of place and social connectedness, which ultimately benefits the whole LGA economically,” he stated. 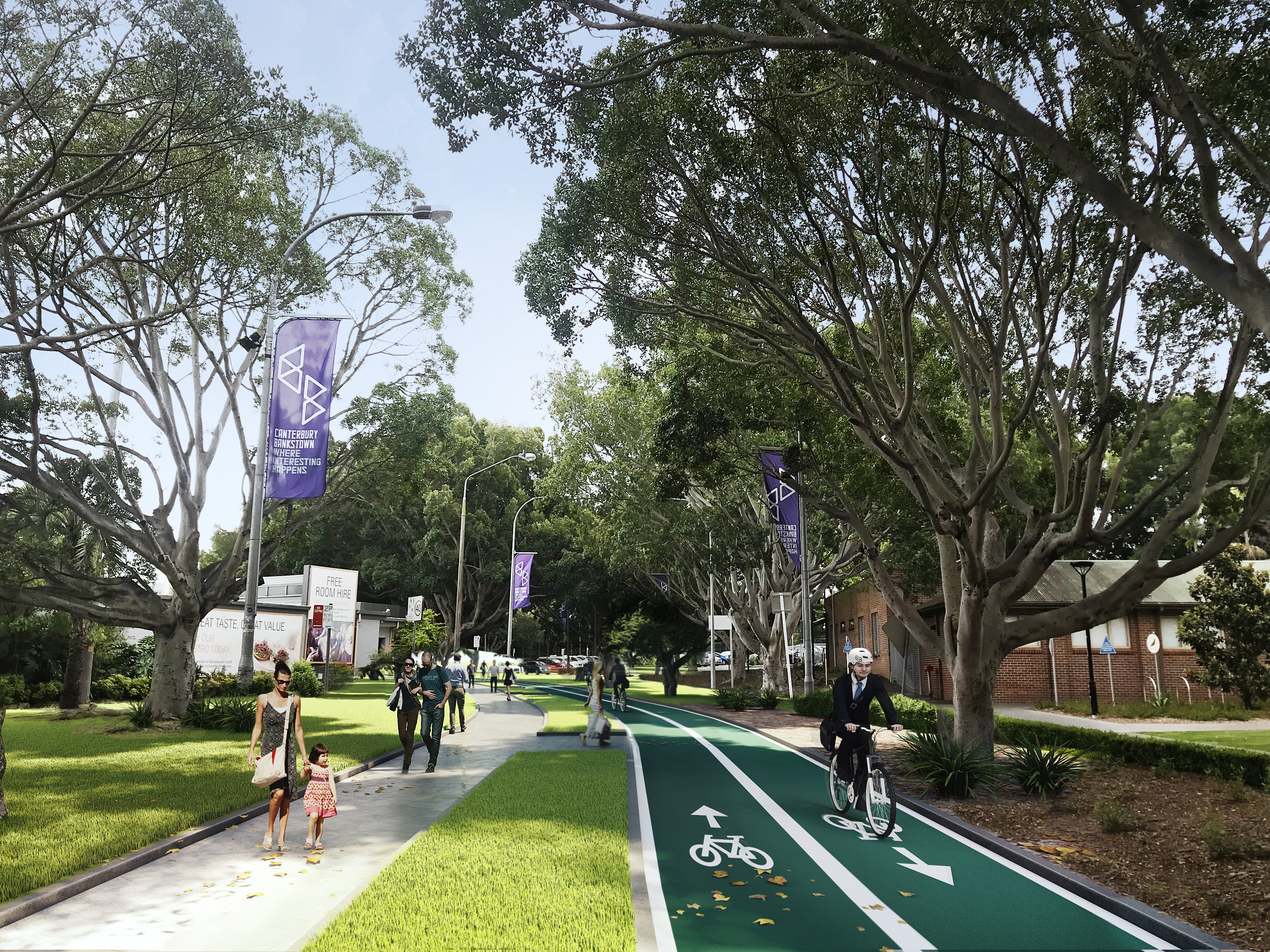 “By adopting a place-led approach, we have retained Bankstown’s marvellous cultural diversity through the establishment of a cultural trail, promoted active transit such as walking and cycling, and addressed more conventional transport issues around roads, public transport and pedestrian access.”

RobertsDay believes that solutions that span both conventional transport issues, as well as address loveability and place-making, could guide planning across Australia, ensuring that LGAs are prepared for future population growth and the challenges that come with it.

“Although every city is different, they each face the challenges of creating equitable access to transport and public amenities, whether that is people who can’t or choose not to drive or those who still need a car to get around,” concludes Mr Moore.

“A place-based approach allows Councils to embrace the attributes that make their community unique while still providing transit options that are integral to any successful community.”

RobertsDay delivered the framework in collaboration with Environmental Partnership and GTA Consultants. 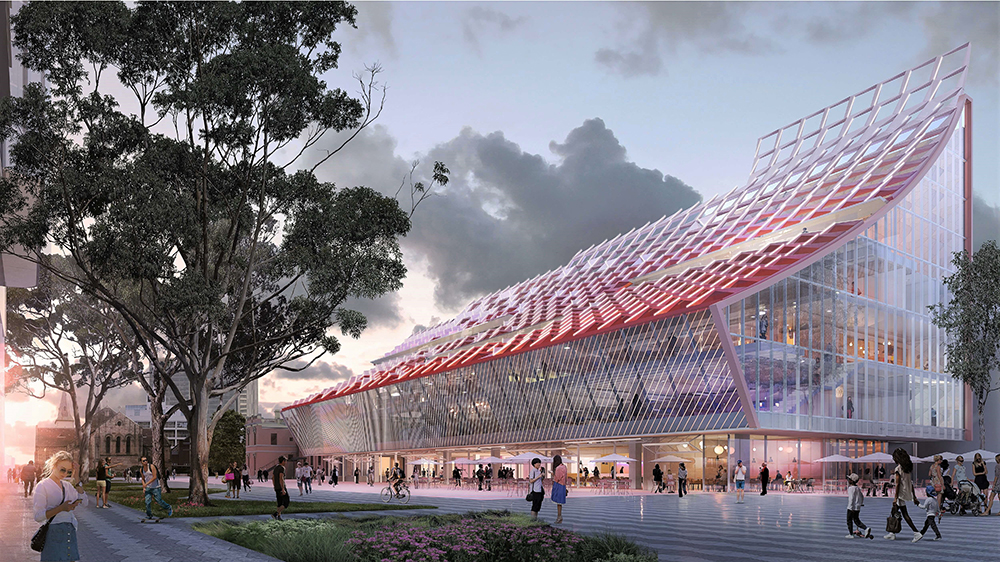