The Institution of Structural Engineers has revealed the shortlist of the 2019 Structural Awards, featuring 49 exceptional projects from around the globe.

Now in its 52nd year, the Structural Awards are the world’s foremost celebration of structural engineers as innovative, creative design professionals and the guardians of public safety. Past winners include iconic structures such as the Sydney Opera House, the Pompidou Centre and the Severn Bridge.

Following strict judging criteria, shortlisted entries were selected for excellence, creativity and innovation, as well as elegance and detailing. Sustainability, economic viability and value for money were also core considerations.

Entries were divided into 12 categories, each highlighting the prolific work of structural engineers and the invaluable service they deliver.

Two outstanding Australian projects were shortlisted in this year’s awards.

The EJ Whitten Widening Scheme was shortlisted for ‘The Award for Structural Transformation’.

The EJ Whitten Bridge on the M80 Melbourne orbital freeway (opened in 1995) was designed for future widening through the provision of a third concrete box girder between the two existing ones. Increased traffic loading and revised seismic criteria would have required significant strengthening to the original structure in addition to the new construction, had this original solution been adopted.

However, the judges noted that the skill of the engineering team which won the design/build tender meant that a revised solution, involving considerably less weight through the use of twin steel box girders, entirely eliminated the need for strengthening the original piers and foundations.

Optimisation of the design meant that both pierhead beam formwork, girders and precast deck panels could be installed using a travelling gantry, thereby maintaining full operation of the existing bridge while allowing safe working conditions for the extension works.

Additionally, new vehicle and pedestrian safety barriers were installed without significant alteration of the supports through clever detailing and analysis. The revised scheme meant that the works were carried out at a cost of less than half the original client budget.

The structural designers for the project were COWI in joint venture with Arup and SMEC, and it was completed for Fulton Hogan (contractor) on behalf of Vic Roads.

The Caulfield to Dandenong Level Crossing Removal Project was also shortlisted for ‘The Award for Vehicle Bridges’. 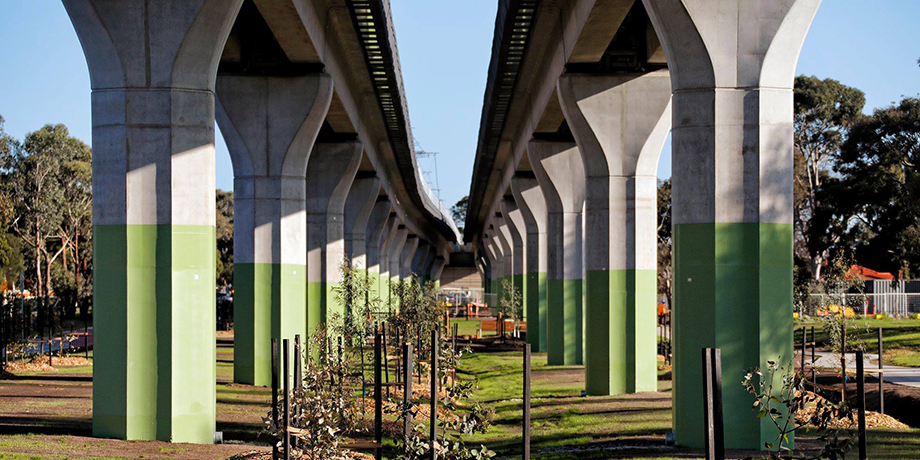 An Alliance between Aurecon, CPB Contractors, Lendlease, WSP and Metro Trains Melbourne was selected by the Level Crossing Removal Authority to remove nine dangerous level crossings, and elevate three sections of rail line between the Melbourne suburbs of Caulfield and Dandenong.

The jury said the project’s main challenge was constructing new rail infrastructure in an extremely constrained brownfields environment, whilst minimising disruption to road and rail users, and the local community.

The solution: a precast segmental box girder was erected span by span with a fascinating straddle carrier system.

It was the first time a straddle carrier and launching beam system was used in Australia. It is a construction method which is considered to be significantly safer than conventional methods, allows for a very tight construction programme, and minimises in-situ works on-site.

Aside from Australian entries, other shortlisted structures include the world’s tallest statue in Kevadia, India, a sports stadium with a roof consisting of rotating petals in Hangzhou, China, a 22-metre deep mega-basement under a 5-star hotel in London as well as buildings showcasing the world’s best seismic performance in San Francisco, New Zealand and Haiti.

Chair of the judging panel, Professor Tim Ibell, said the structural engineering profession had again demonstrated extraordinary innovation over the past year.

“The 2019 shortlist offers many great examples of the ingenuity, creativity and skill of structural engineers worldwide,” he said.

“As the guardians of public safety, structural engineers ensure that buildings and bridges can withstand all kinds of loading, but issues such as creativity and sustainability are at least as important in these awards.”

Professor Tim Ibell continued, “In line with the 17 UN Sustainable Development Goals, we have a duty, alongside other professionals in the construction industry, to work in ways which touch lightly on our precious resources, which enhance rather than threaten biodiversity, and which place society at the centre of our endeavours.”

“It is only right that the Structural Awards seek out those projects which display such characteristics in tandem with brilliant structural engineering ambition and creativity.”

The winners of the 2019 Structural Awards will be announced at the awards dinner and ceremony which takes place on 15th November at the Brewery, London.

The full shortlist can be found here. 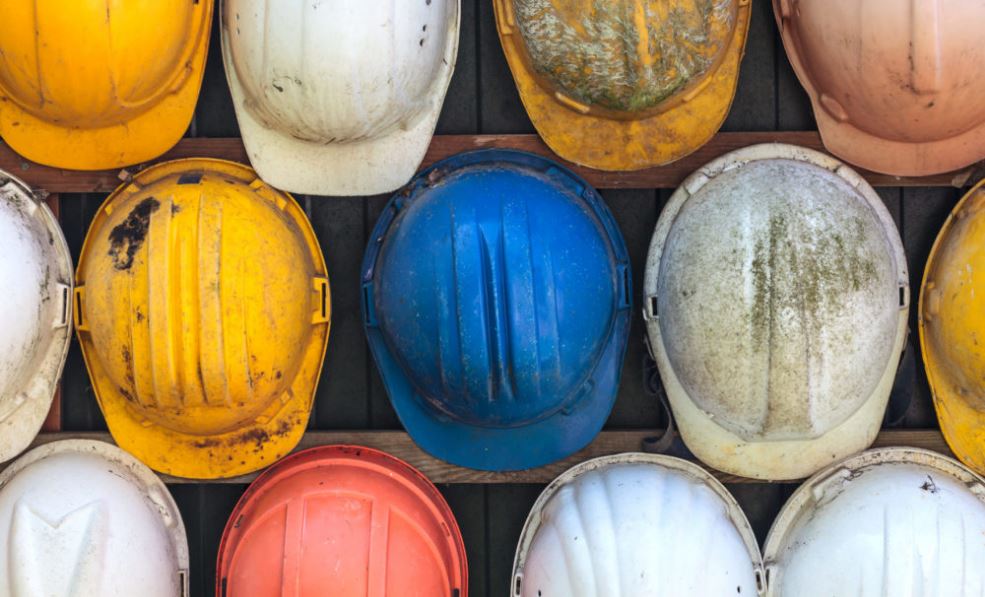 Hiring and connecting during market uncertainty 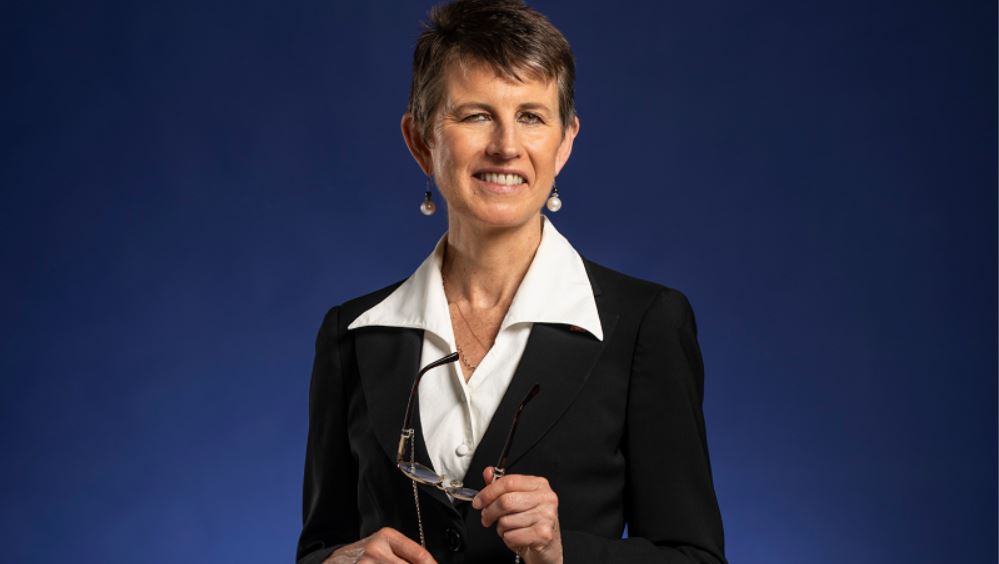 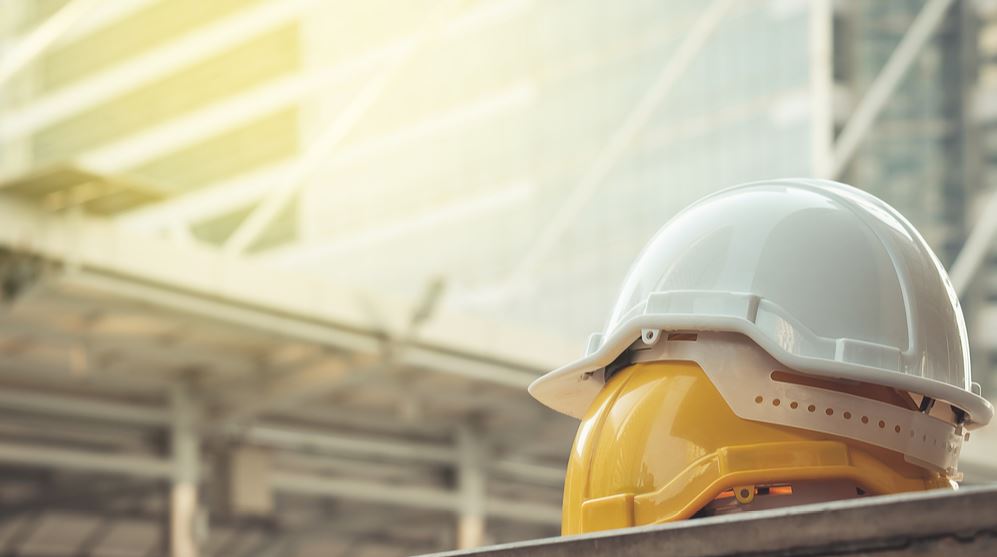