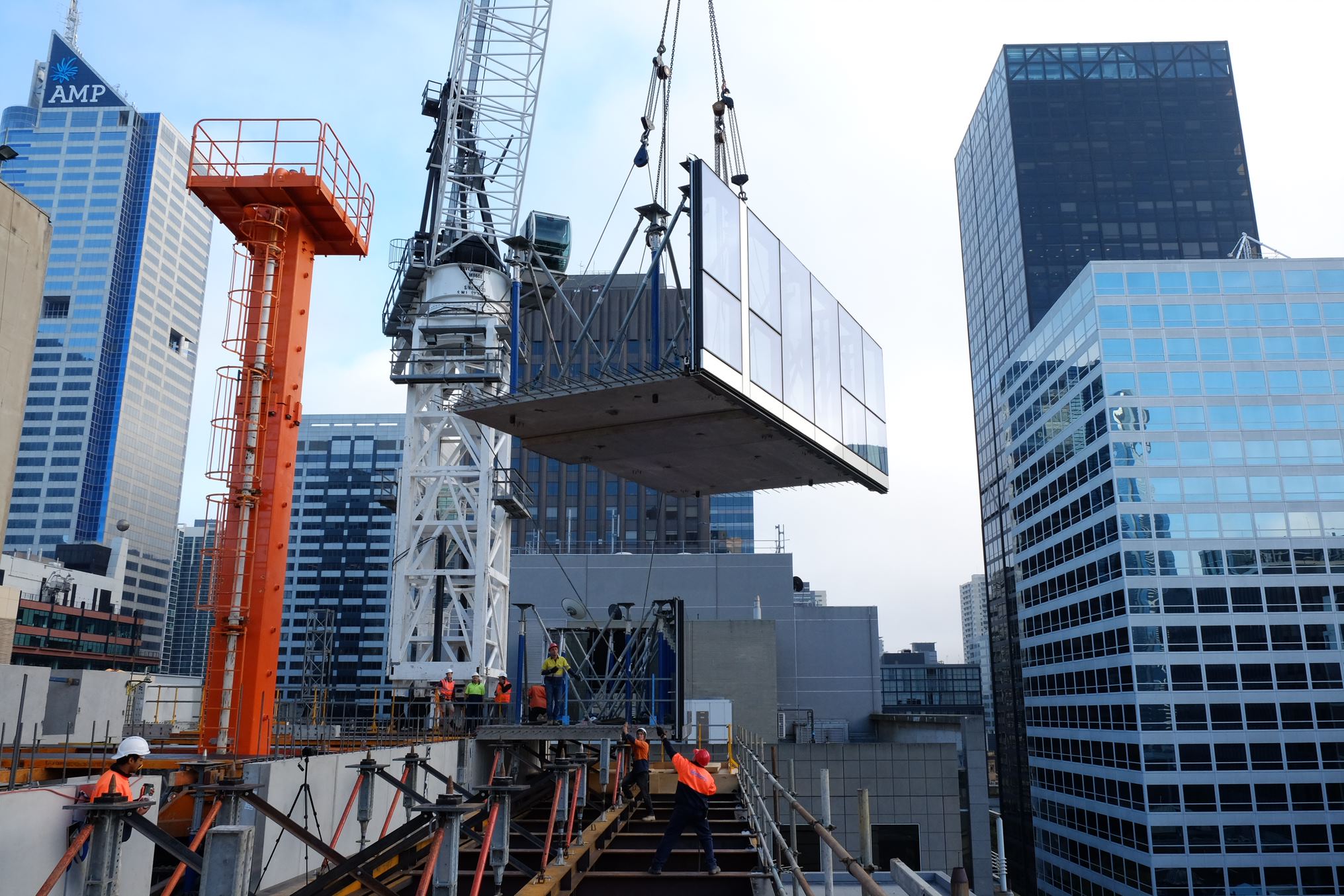 Australian construction firm Hickory has licensed its patented Hickory Building Systems with international construction and consultancy company Mace. Headquartered in London, the global firm has brought the next generation building system to the UK to speed up high-rise construction with prefabricated elements.

Hickory first established the strategic partnership with Mace in 2017, who are now adapting the system to the UK market. Mace launched a new business division, Mace Tech, on 5 December 2019 to help manage the deployment of the system and continue the development of new offsite construction methods.

The system, which has been renamed High Rise Solutions for the UK, is currently being used by Mace to deliver N06, a build-to-rent scheme in East Village (the former London 2012 Athletes’ Village). Mace has so far shortened the construction timeline of the development considerably; this being achieved with 20 per cent fewer workers onsite.

Unlike standard modular construction methods, Hickory’s systems are flexible and engineered for a range of high-rise developments including apartments, hotels and student accommodation towers. The innovative system uses prefabricated elements that increase efficiencies by integrating the core, shear walls, bathrooms and facade of a building into the structure, which are built off-site, in parallel with onsite works.

By blending these parametric modelling tools and artificial intelligence with off-site construction programs, Mace predicts the system will reduce the company’s overall design and construction programmes by 25 per cent. The company also expects vehicle movement to be reduced by 40 per cent and material and energy waste to be minimised by 70 per cent.

Hickory Building Systems has been used to deliver a number of projects including Australia’s tallest prefabricated building on LaTrobe Street in 2016 and one of the tallest student accommodation towers, Atira’s La Trobe Street Student Accommodation in 2018. Most recently, the system has been used to construct Collins House in Melbourne, the world’s fourth slimmest tower. Employing the innovative prefabrication system allowed ease of access to the complicated, tight space and minimised disruption to the surrounding areas and enhanced safety on-site.

Hickory Building Systems has been widely recognised by the industry and recently received the Council on Tall Buildings and Urban Habitat’s Construction Award in the 2019 Awards of Excellence for advancements in the construction of tall buildings.

“We’re excited to be evolving our strategic partnership with Mace and expanding the international reach of Hickory Building Systems,” said George Argyrou, Director of Hickory. “Global demand for consistent build quality and innovative, data-driven building systems is only increasing, and we’re proud to share this new digital approach with Mace.”