Each year the MPavillion forms an innovating civic space, forming a location built for the community to engage and share. This year’s edition is part of an ongoing series and is designed by influential Barcelona-based architect Carme Pinós (from his firm Estudio Carme Pinós).

MPavillion 2018 is the fifth in an ongoing series commissioned by the Naomi Milgrom Foundation, a Summer experience built in the Queen Victoria Gardens in Melbourne. The winning origami-like architecture was designed to celebrate urban livability, as well as a trial in sharp but poetic, experimental design. With this success, Carme will become the first Spanish female architect to design a public work in Australia.

“MPavilion 2018 is a place for people to experience with all their senses—to establish a relationship with nature, but also a space for social activities and connections. Whenever I can, I design places where movements and routes intersect and exchange, spaces where people identify as part of a community, but also feel they belong to universality,” Carme Pinós commented.

The bold architecture was inspired by origami, and invites a discourse between people, design, nature and the city. The building incorporates floating planes resting at angles on elevated points within the park, connecting the structure to the city. The pavilion’s transparent ‘woven’ shaped roof allows for sunlight to peek through whilst also protecting visitors from the weather.

“Carme Pinós’s philosophy of community closely aligns with MPavilion’s own mission to facilitate meaningful dialogue about the role of design and architecture, and what it means to foster socially inclusive cities in the context of design and the built environment. I’m excited to see Carme’s MPavilion come to life, and to also see the new collaborations and discussions that unfold through her vision,” said Naomi Milgrom AO, Founder of the Naomi Milgrom Foundation.

More information can be found here. 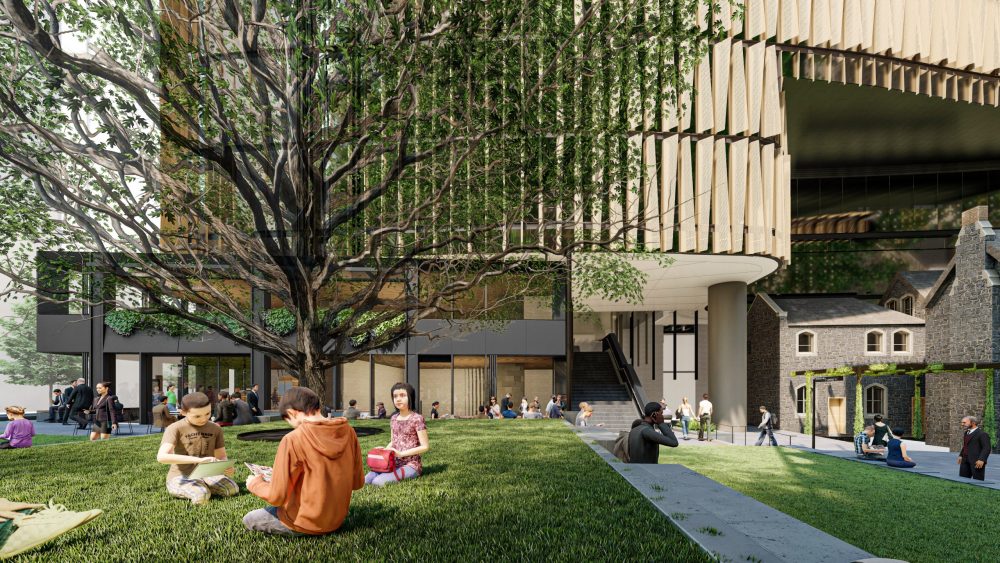 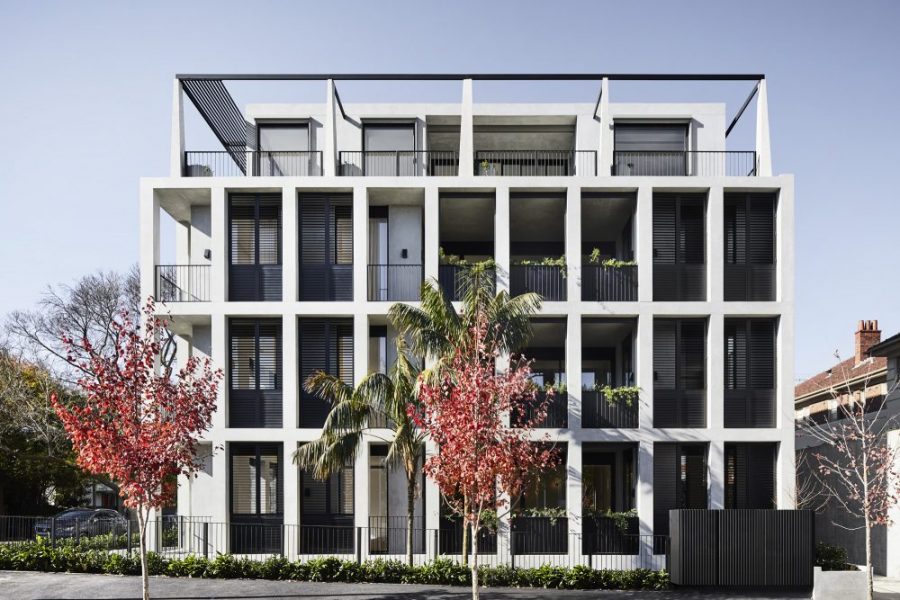